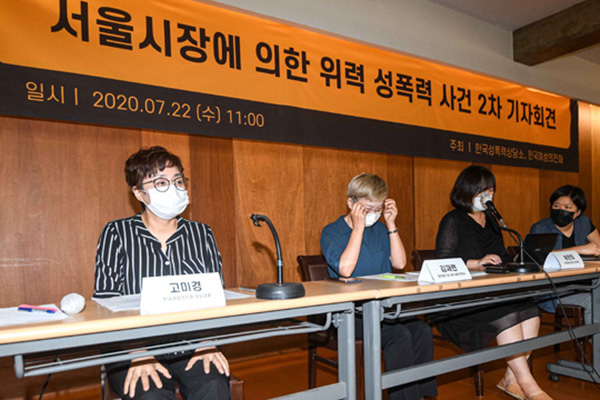 Civic groups in support of the victim of alleged sexual harassment by late Seoul Mayor Park Won-soon have expressed “strong regret” over the court’s decision to suspend forensic analysis on Park’s mobile phone.

In a joint statement issued on Friday, the groups, including the Korea Sexual Violence Relief Center, urged the forensic analysis of the iPhone be resumed. The phone had been discovered close to the mayor's lifeless body on July 10, less than two days after a police complaint was filed by his former secretary.

The victim’s advocates argued although the phone was acquired in the process of a police investigation into the circumstances surrounding Park’s death, it is evidence of the allegations against the late mayor and also “important material” for the investigation regarding whether and how he came to know of the charges.

On Thursday, the Seoul Northern District Court had ordered the suspension of the forensic analysis of Park’s phone until further notice at the request of the mayor’s family.
Share
Print
List