WHO: COVID-19 Pandemic is a 'Once in a Century' Crisis 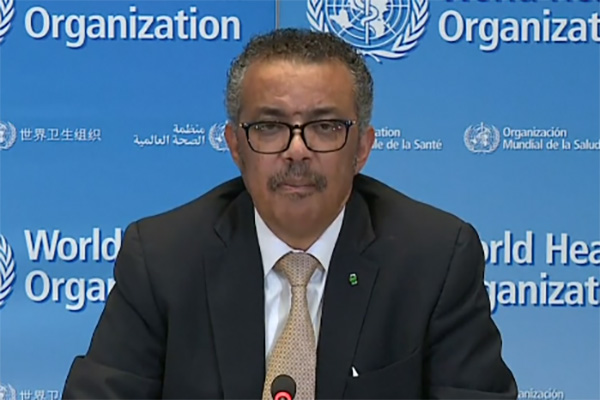 The World Health Organization (WHO) said Friday that the current coronavirus pandemic is a 'once in a century' public health crisis.

The WHO's Director-General Tedros Adhanom Ghebreyesus made the comment during an Emergency Committee meeting convened Friday, stating that the effects of the pandemic will be felt for decades to come.

The WHO chief said that most of the world's population remain susceptible to the virus, and added that many countries that considered the worst to be over are facing new waves of infections.

He said that vaccine development is being carried out at an unprecedented speed, but we will have to learn to live with the virus and fight the outbreak with the weapons we have.