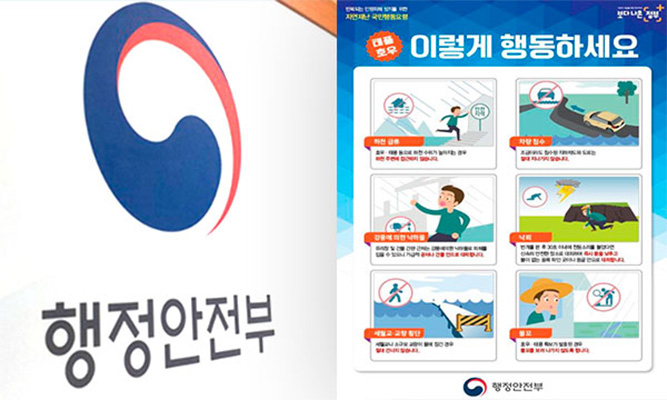 The Central Disaster and Safety Countermeasures Headquarters has activated its level one emergency mode work shift from 10 a.m. Saturday as heavy downpours are expected in the country's central region.

The Interior and Safety Ministry made the decision following the forecast of as much as 250 millimeters of rain expected in metropolitan Seoul, western Gangwon Province and the northern part of the Chungcheong Provinces.

Related agencies and local governments are urged to remain vigilant and get ready to operate flood control equipment such as water pumps and drainage pump stations and also step up monitoring for vulnerable areas.

The ministry also asked for cooperation from the police, fire department and provincial authorities to prevent rain damage like that recently reported in the southern city of Busan.

COVID-19 prevention guidelines must also be followed at temporary facilities housing residents whose homes are damaged by flooding.

A senior ministry official noted that water levels can rapidly surge near rivers, streams and valleys and urged precaution for residents in low-lying areas as well as vacationers and campers.
Share
Print
List