Strong Torrential Rain Forecast for Central Region over the Weekend 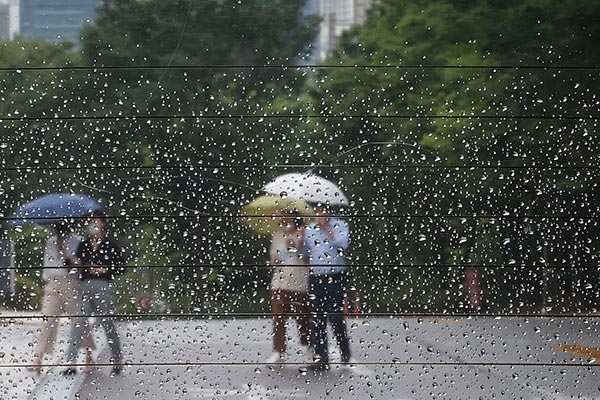 Strong torrential rain is forecast in Seoul, Gyeonggi and western Gangwon Province over the weekend.

The Korea Meteorological Administration (KMA) said the central region will see heavy downpours of as much as 50 millimetres per hour accompanied by thunder and lightning in the early hours of Saturday.

The rain will spread to the northern parts of North Jeolla and North Gyeongsang Provinces in the afternoon.

Fifty to 150 millimetres of precipitation is expected in Seoul, Gyeonggi, western Gangwon and North Chungcheong Province through Sunday while some areas in these regions will report as much as 250 millimetres of deluge.