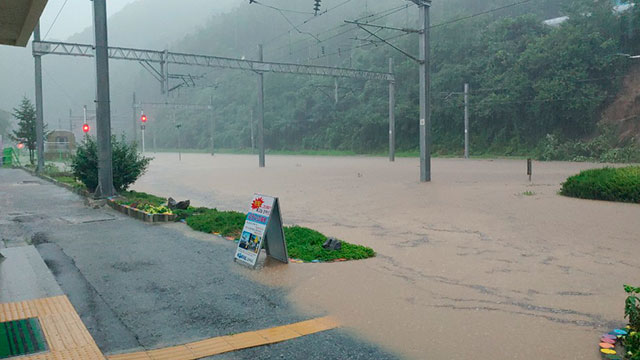 According to the Korea Railroad Corporation (KORAIL), train operations on the Chungbuk and Taebaek lines have all been suspended since 6 a.m. Sunday, with train services on the Yeongdong and Jungang lines partially suspended.

KORAIL said that mudslides caused the suspensions of train services for the Chungbuk Line running from the central city of Sejong to Jecheon and the Taebaek Line linking Jecheon to the Gangwon Province city of Taebaek.

The national railway operator advised travelers in the affected regions to find other means of transportation as it may take considerable time to fix the damaged infrastructure.
Share
Print
List