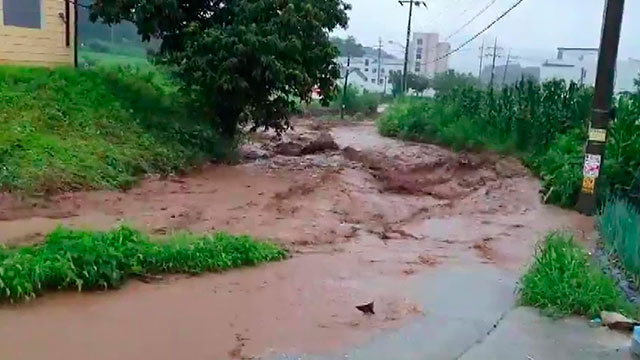 One person died and another remains missing in Anseong City, Gyeonggi Province as heavy rains of more than 100 millimeters per hour pounded the city on Sunday.

According to fire authorities, a man in his 50s was found dead after his house collapsed in a landslide. The man is presumed to have tried to escape the house right after the landslide.

Another person in her 70s in the city remains missing, with search and rescue efforts under way.

The city government, which issued a landslide warning at 8:50 a.m. on Sunday, said that it has received 60 reports of landslide damages and flooding.