Expressway, Bridges in Seoul Closed Due to Heavy Rain 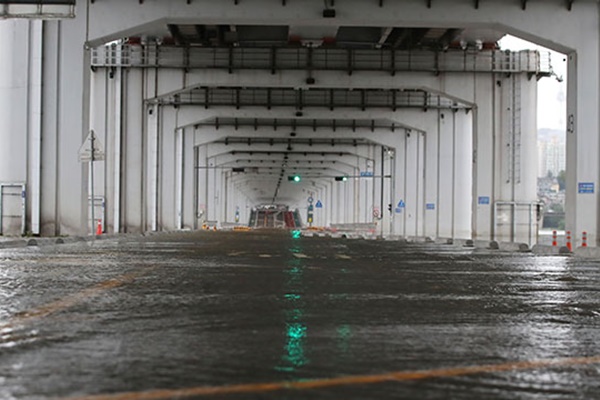 The Seoul Metropolitan Government announced Monday that Dongbu Expressway has been completely closed as of 5:05 a.m.

The measure was prompted by rising water levels in the Han River and Jungnyang Steam due to heavy rains that fell in the upper Han area.

Likewise, the Wolgye 1 Bridge has been closed as it will likely become submerged.

According to local police, Jeungsan Bridge was also closed from 5:20 a.m. as Bulgwang Stream climbed to over nine meters.

Additionally, Jamsu Bridge has been closed since Sunday due to rising water levels in the Han River.
Share
Print
List