6 Dead, 8 Missing in Central Region Due to Heavy Rain 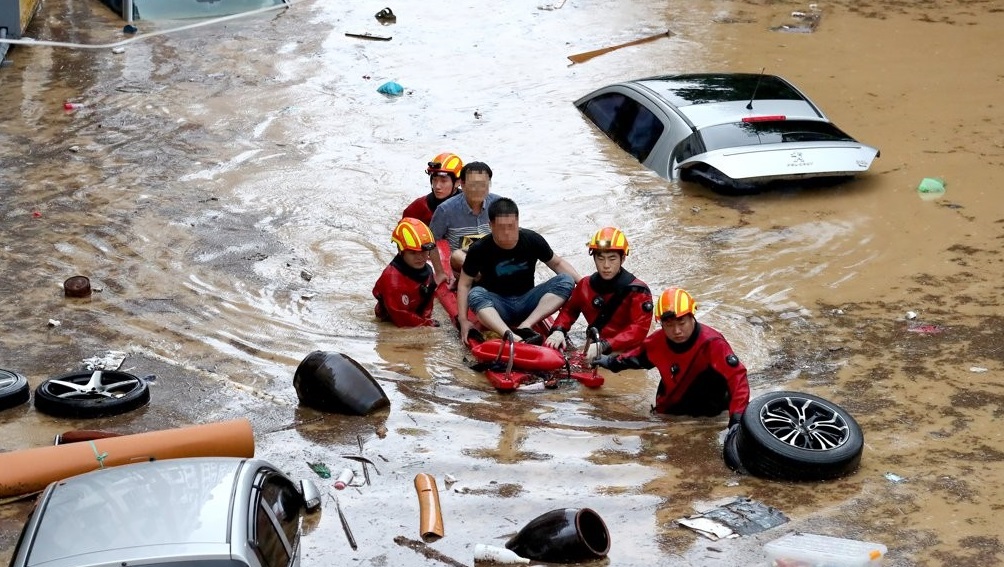 Casualties from torrential rain that has been battering the nation’s central region have climbed to six.

The Central Disaster and Safety Countermeasures Headquarters said as of 6 a.m. Monday, six people died in rain-related accidents, while eight others remain missing.

A man in his 80s died in Seoul after being swept away in a flash flood while walking along Dorim Stream in Gwanak District on Saturday, while a worker at a chicken farm in Anseong, Gyeonggi Province, died in a landslide on Sunday.

Two others also died in landslides in Chungju, North Chungcheong Province, while Jecheon and Eumseong each saw one death related to landslides and rapid torrents of rain.

The eight people reported missing were all from North Chungcheong Province as well.

Meanwhile, the headquarters has maintained the nationwide emergency response level at the highest of three since it raised it at 3 p.m. Sunday.
Share
Print
List