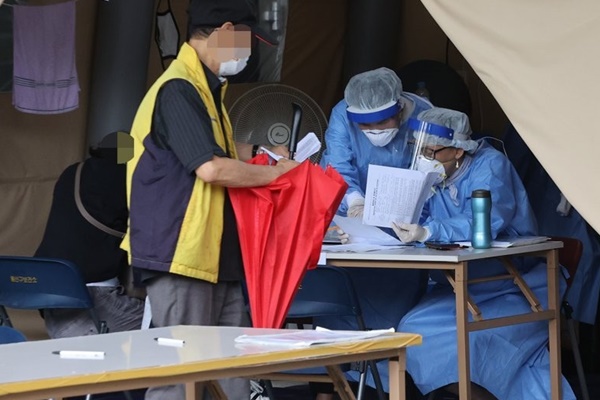 South Korea’s daily COVID-19 cases rose back to over 30 following a hike in local transmissions.

According to the Korea Centers for Disease Control and Prevention(KCDC), the nation's cumulative tally reached 14-thousand-423 as of 12 a.m. Tuesday, including 34 cases detected in the past 24 hours. Twenty-three were recorded the previous day, including a three month-low of three domestic infections.

Local infections climbed back to 13, the first time it hit double-digits in four days with 10 in the greater Seoul area, including six in the capital city and three in Gyeonggi Province.

The other 21 cases were imported from overseas, marking the 40th consecutive day with 10 or more inflows. Cases from the U.S. led over other countries at nine.