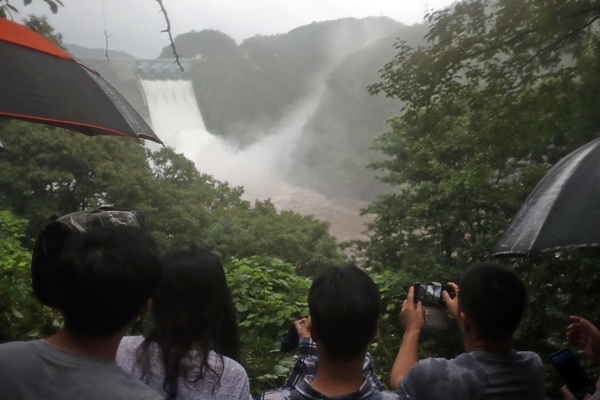 The Soyang River Dam, South Korea's largest multi-purpose dam, has opened its floodgates for the first time in three years after water levels caused by torrential rain reached an upper limit on Wednesday.

The Korea Water Resources Corporation opened the gates of the Chuncheon-located dam in Gangwon Province at 3 p.m. and will continue to adjust the water level onward through August 15.

Downpours have driven up water influx into the dam area, raising the level to over 190-point-three meters, which is the limit for rainy season.

Over four-thousand tons of water is flowing in per second as of 1 p.m. Wednesday which compares to less than 100 tons last Friday.

The water reservation rate at the dam is around 80 percent.

Built in 1973, the dam has released water only 14 times so far, and the latest discharge is expected to have a significant impact on the water levels of the Han River in Seoul.
Share
Print
List