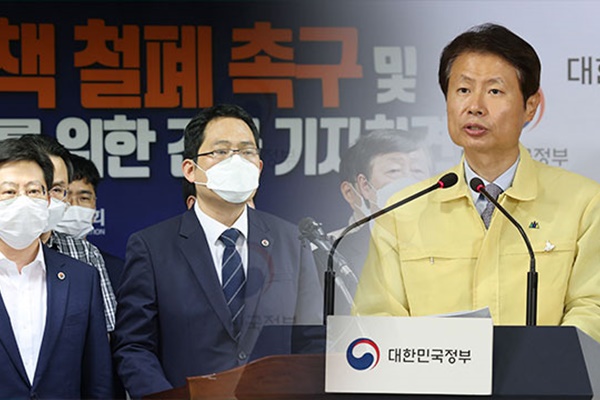 South Korea reiterated the need to raise the admission quota at medical schools, citing that the number of practicing physicians in the country is far below other members of the Organization for Economic Cooperation and Development(OECD).

Vice Health Minister Kim Gang-lip said Wednesday that only 100-thousand out of 130-thousand physicians in the country are in actual practice, which is less than the OECD average of 160-thousand.

Stressing that the shortage of doctors can no longer be neglected, Kim also raised concerns over the unequal distribution of doctors by region and specialization.

This comes as the Korean Intern Resident Association(KIRA) and the Korea Medical Association(KMA) have announced plans to hold an all-out strike Friday and August 14, respectively, in protest of the reform plan.

The vice minister said the government plans to thoroughly consult with the medical community in implementing the reforms, adding it will firmly respond to any unlawful act rising from group action.

Last month, Seoul announced plans to expand admission quotas at medical schools by four-thousand over the next decade and to open a new public medical school in an effort to broaden the reach of health care services.
Share
Print
List