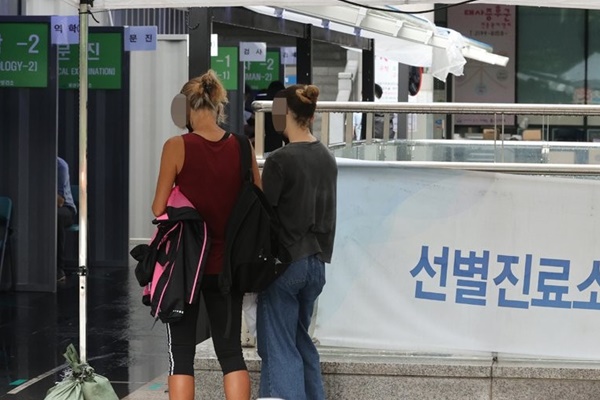 The daily increase of COVID-19 infections surged over 40 amid clusters in Seoul and among crew members of a ship docked at a port in the country's southeastern city of Busan.

The Central Quarantine Countermeasures Headquarters said as of 12:00 a.m. Thursday, 43 additional people tested positive for the virus, raising the accumulated total to 14-thousand-499.

Out of the 43 new cases, 23 were community infections, while the other 20 were imported.

It's the first time in 12 days that the daily increase of local infections exceeded 20, after five more people onboard the Yeongjin 607 vessel at Busan's Gamcheon port were found to have contracted the virus.

Five others linked to a church, a business and a restaurant in Seoul's Songpa and Gangnam districts were also confirmed as COVID-19 patients.

Out of the 20 imported cases, five were from the United States, four from Russia, and two from Uzbekistan.
Share
Print
List