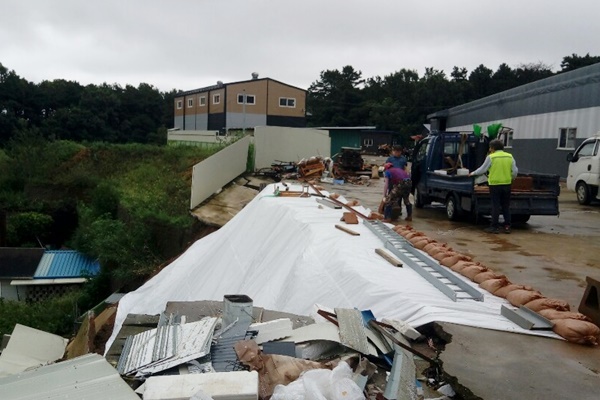 Heavy rains that have pounded South Korea since August 1 have left 17 people dead and ten missing as of 6:00 a.m. Friday.

The Central Disaster and Safety Countermeasure Headquarters's figure does not include the victims of Thursday's incident at Uiam Dam in Chuncheon, Gangwon Province, which has been classified as a boat accident.

Some two-thousand-500 people have been displaced by the rain and flooding, a slight uptick from Thursday evening.

About one-thousand-900 homes and roughly one-thousand-100 livestock pens and warehouses have been destroyed, while more than one-thousand stretches of roads or railway have been flooded and about eight-thousand hectares of farmland destroyed.

Of the roughly six-thousand facilities that have been damaged or destroyed, about 66-point-three percent have been restored.
Share
Print
List