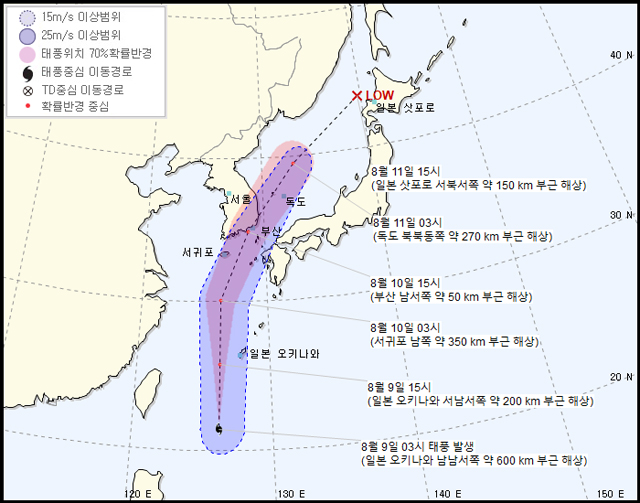 A new typhoon formed in the waters off Okinawa, Japan early Sunday is expected to affect the Korean Peninsula on Monday.

The season's fifth typhoon, Jangmi, is likely to head north at speeds of about 40 kilometers per hour and reach 350 kilometers south of Jeju Island at around 3 a.m. Monday.

The small typhoon with a maximum wind force of 18 meters per second is expected to reach the southern coast near Busan at around 3 p.m. Monday, bringing heavy rains to South Korea.

The typhoon is also expected to bring strong winds of up to 16 meters per second to Jeju Island and the southern coastal areas in Gyeongsang and Jeolla Provinces on Monday.
Share
Print
List