Typhoon Jangmi to Reach Jeju Island at 11 am 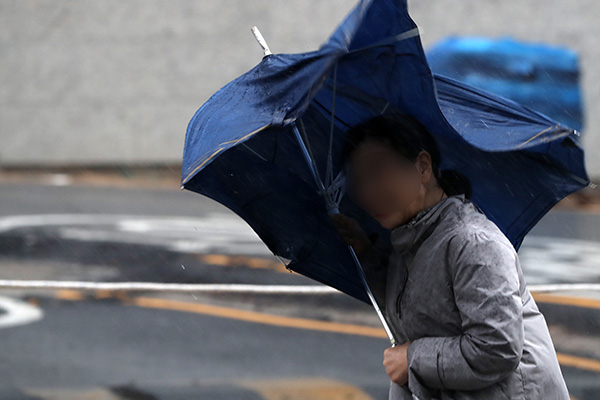 A typhoon advisory has been issued for southern island Jeju as Typhoon Jangmi is heading north towards the Korean Peninsula.

The Korea Meteorological Administration’s office in Jeju said on Monday morning that it issued the advisory for Jeju and Chuja islands and the western waters off the southern coast.

A typhoon alert has been issued for airports in Jeju and Busan, with a wind shear advisory currently in place for Jeju International Airport.

Typhoon Jangmi, the season's fifth typhoon, is expected to reach waters some 80 kilometers east of Jeju Island at around 11 a.m.

The tropical storm is forecast to bring up to more than 250 millimeters of heavy rain to southern and mountain areas of the island.
Share
Print
List