Flights, Passenger Ship Services Canceled in Jeju Due to Typhoon 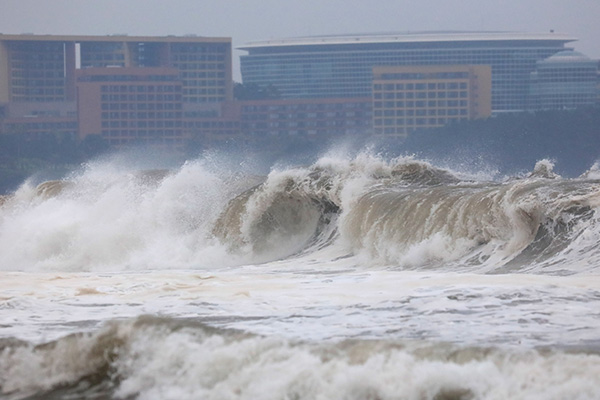 Flights and passenger ship services have been canceled in Jeju Island as Typhoon Jangmi is heading north towards the Korean Peninsula.

The Korea Airport Corporation said Monday that 22 domestic flights departing from and arriving at Jeju International Airport have been canceled as a precautionary measure. Currently, a wind shear advisory is in place for the airport.

Airport authorities urged passengers to check whether their flights will be on schedule before arriving at the airport, saying further disruptions could come in flight services in line with developments in the typhoon’s movement.

At sea, operations have been suspended for 15 passenger ships that travel between Jeju and other regions on nine routes.

Some two-thousand ships docked at Jeju’s ports have evacuated due to strong waves resulting from the typhoon.
Share
Print
List