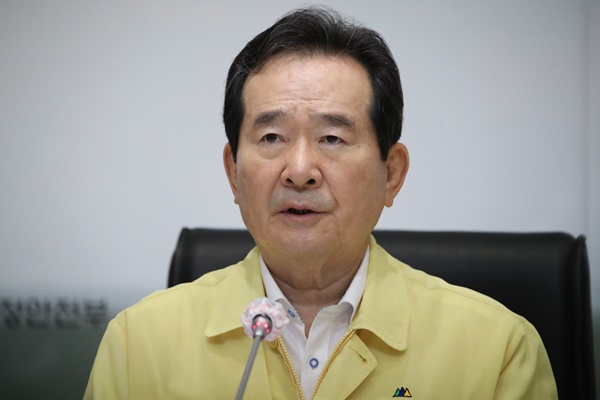 At a meeting with officials on Monday, Chung said proactively declaring the Jeolla provinces special disaster areas would help with the psychological stability of affected residents.

The prime minister also ordered the interior and finance ministries to consider raising the amount of disaster relief, which has been fixed at ten million won for death and ten-point-three million won for housing destruction for the past 15 years.

Raising concerns over Typhoon Jangmi traveling north towards the Korean Peninsula, Chung called for a thorough preparation in the country's southern regions, where the typhoon is forecast to travel, to prevent more damage.
Share
Print
List