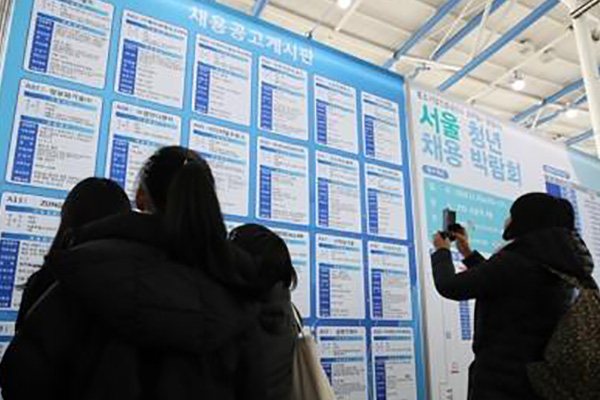 South Korea lost jobs for the fifth consecutive month in July amid the economic fallout of the COVID-19 pandemic.

According to Statistics Korea on Wednesday, the number of employed people reached 27-point-one million last month, down 277-thousand from a year earlier.

Jobs have dropped for five straight months since March. It is the first such occurrence since it posted job losses for eight straight months from January 2009 during the global financial crisis.

The employment rate for those aged 15 or older slipped by one percentage point on-year to 60-point-five percent last month.

The country's jobless rate rose by point-one percentage point to four percent, posting the highest for any July since 2000. The number of jobless people increased by 41-thousand on-year to one-point-14 million, the largest since July 1999.
Share
Print
List