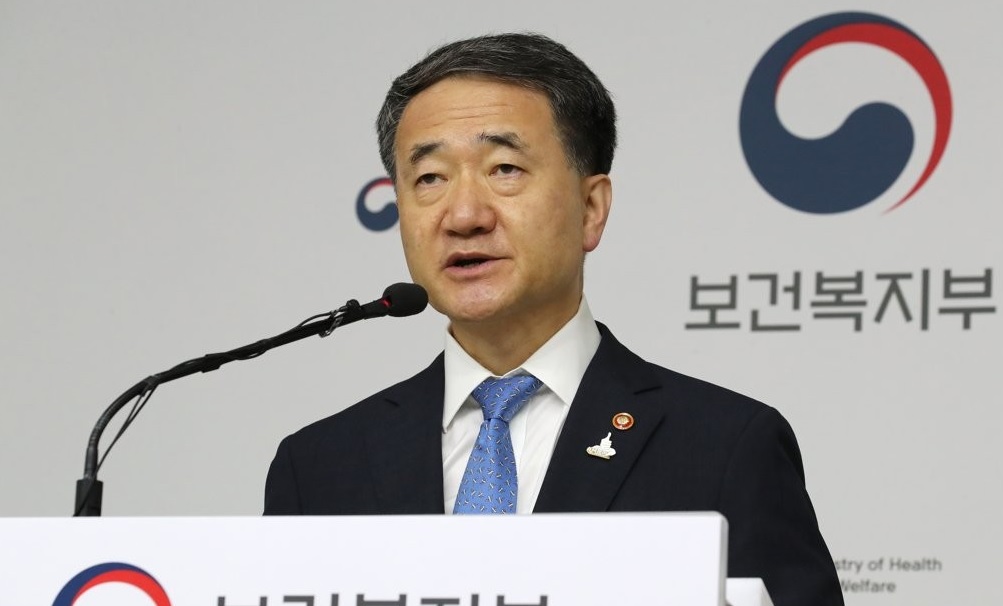 Anchor: Thousands of doctors in South Korea are pushing ahead with a nationwide walkout on Friday to protest the government's medical reform plan, under which more medical students will be recruited to beef up the number of physicians in the country. The health minister has issued a statement, blaming the doctors for giving up their noble calling. Doctors say the government is ruining the nation's medical system.
Kim Bum-soo hears from both sides.

[Sound bite: Health Minister Park Neung-hoo (Korean/English translation)]
"The lives of the people should not be put at risk under any circumstances, and especially, no harm should come to sick patients. I urge the medical association to recall its noble calling that prioritizes the lives and health of the people."

The health minister on Thursday held a news conference in which he urged doctors to return to the negotiating table.

[Sound bite: Health Minister Park Neung-hoo (Korean/English translation)]
"Doctors' groups want to reduce regional gaps in medical service and improve the system to enhance how their services are provided, and the government agrees. The government is not simply expanding the number of doctors but will allocate doctors to regions and specialties that need them while improving the quality of medical and training environment."

The Korea Medical Association(KMA), a group of some 130-thousand doctors, and the Korean Intern Resident Association(KIRA) are protesting the government's plan to recruit more medical students and produce four-thousand more doctors by 2031.

The KMA says increasing the supply of doctors will lower the quality of medical services.

Resident physician Kim Joong-yub at Seoul National University Hospital argued that the government is making decisions without heeding the voices of medical professionals in the field.

[Sound bite: Dr. Kim Joong-yub, resident - Seoul National University Hospital (English)]
"First of all, the government is planning to make a separate application track in medical schools who will stay in rural area with ten years of mandatory service. The government insists that South Korea is in short of doctors referring to the OECD data on doctor to general population ratio. However, South Korea is in fact the top country regarding the rate of increase of doctors annually, which is three-point-zero percent. Also, South Korean medical system is highly accessible from all parts of the peninsula. For example, a diseased person in the United States need to wait 24 days in order to see a doctor, while in South Korea, just 21 minutes."