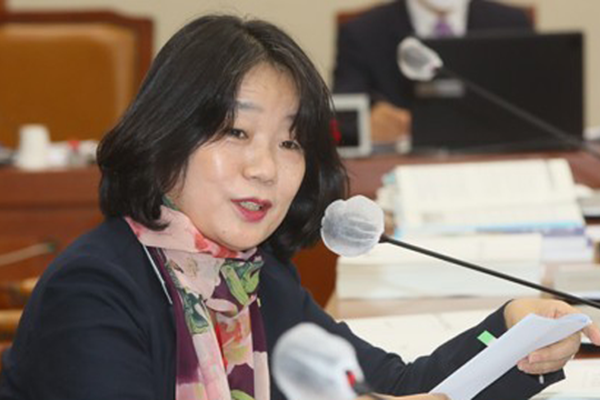 Democratic Party lawmaker Yoon Mee-hyang is facing questions by prosecutors on allegations surrounding an advocacy group she once led for victims of Japan's wartime sex slavery.

Yoon appeared before the Southern Seoul District Prosecutors’ Office around 1:30 p.m. on Thursday, three months after prosecutors launched a probe on the Korean Council for Justice and Remembrance for the Issues of Military Sexual Slavery by Japan.

Prosecutors are likely grilling Yoon on allegations that she embezzled funds and donations to the council and on suspicions surrounding a real estate transaction involving a shelter for victims of Japan's wartime sexual slavery run by the advocacy group.

Various suspicions related to the council emerged in May after Lee Yong-soo, a victim of Japan's wartime sexual slavery, held a news conference in which she blamed the advocacy group for misusing donations.
Share
Print
List