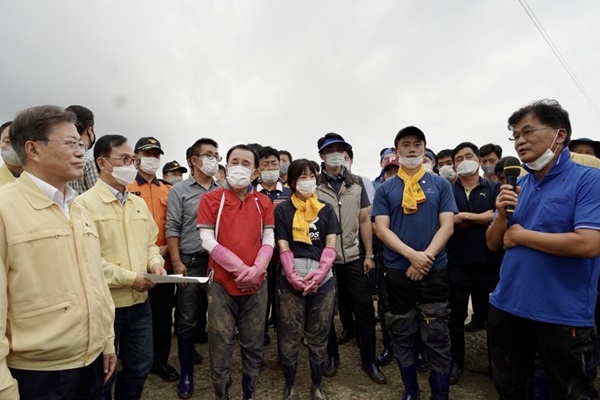 President Moon Jae-in has declared eleven southern regions that have been hit hard by recent downpours as special disaster areas.

The presidential office said that Moon approved the declaration at 3:00 p.m. Thursday.

The declaration will allow the government to spend state funds to support 50 to 80 percent of the expenditures needed for damage recovery.

With the latest move, a total of 18 regions have been declared as special disaster areas following record seasonal rains.
Share
Print
List