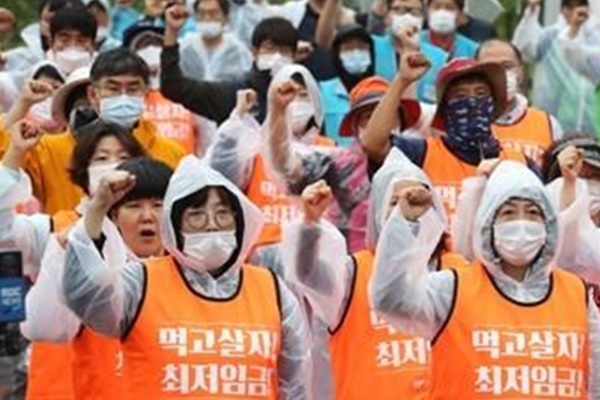 One of the country’s two major umbrella labor unions plans to move forward with a large-size rally in Seoul on Saturday, defying the capital government’s order not to assemble over health concerns.

The Korean Confederation of Trade Unions(KCTU) said on Thursday that laborers will mark the 75th anniversary of Liberation Day by faithfully fulfilling the roles required of them for "autonomy, peace and unification of the Korean Peninsula" and that a national workers’ meeting on Saturday will be carried out as planned.

The KCTU plans to hold the rally near Insa-dong, central Seoul.

Around 20 other civic groups, including conservative ones, are vowing to hold rallies in major areas in central Seoul to mark the August 15 anniversary.

Earlier in the day, the Seoul Metropolitan Government issued an administrative order that bans planned large-size rallies on Saturday citing their possible impact on the COVID-19 outbreak.