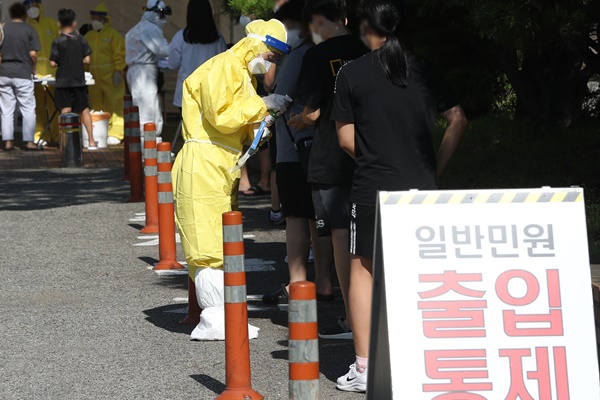 South Korea began looking into raising social distancing in the Seoul metropolitan area to "Level Two," after the daily COVID-19 increase surpassed 100 amid continued clusters in the capital region.

Vice Health Minister Kim Gang-lip made the announcement on Friday, raising concerns over recent clusters in the Seoul metro area involving a number of multi-purpose facilities, such as churches, markets and schools.

If and when the social distancing level is raised to "Level Two," administrative orders will be issued to ban both public and private events involving 50 or more people indoors or 100 or more people outdoors.

As more than 30 percent of confirmed cases in the past week are linked to churches, the vice minister called for adherence to quarantine rules, adding that the government may have to reinstate mandatory enforcement.

The official said anyone who makes false statements or refuses to cooperate with authorities, leading to a further spread of the virus, will face legal punishment.