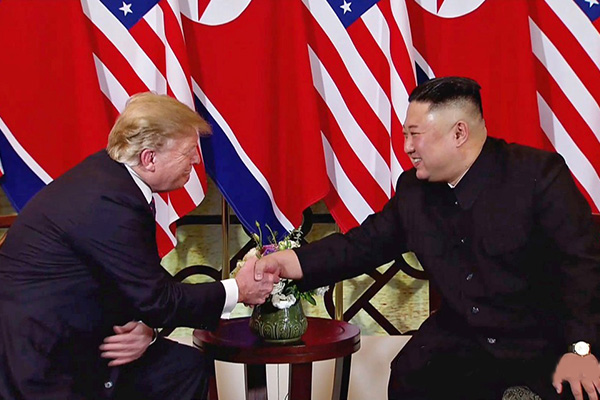 Famed U.S. journalist Bob Woodward will include the contents of dozens of letters exchanged between President Donald Trump and North Korean leader Kim Jong-un in his upcoming book.

Woodward is an associate editor of The Washington Post and an investigative journalist who won the Pulitzer Prize for his work on the Watergate Scandal which led to former U.S. President Richard Nixon's resignation in the early 1970s.

His new book draws particular attention to Trump's relationship with Kim Jong-un and Washington's North Korea policy. The publisher said the book contains the contents of 25 letters exchanged between Trump and Kim.

For the book, CNN said that Woodward conducted 17 interviews with Trump at the White House, the Mar-a-Lago resort and over the phone between December 2019 and last month, as well as hundreds of hours of interviews with other first-hand witnesses.

The book is believed to include Trump's thoughts and actions on national security, the coronavirus pandemic, the economic collapse and the Black Lives Matter protests.

"Rage" is Woodward's second book on the Trump presidency. His first, "Fear", was published in 2018.

The title of the latest book comes from a quote during an interview Trump did with Woodward in 2016 on the campaign trail when he said, "I do bring rage out. I always have. I don't know if that's an asset or a liability, but whatever it is, I do."
Share
Print
List