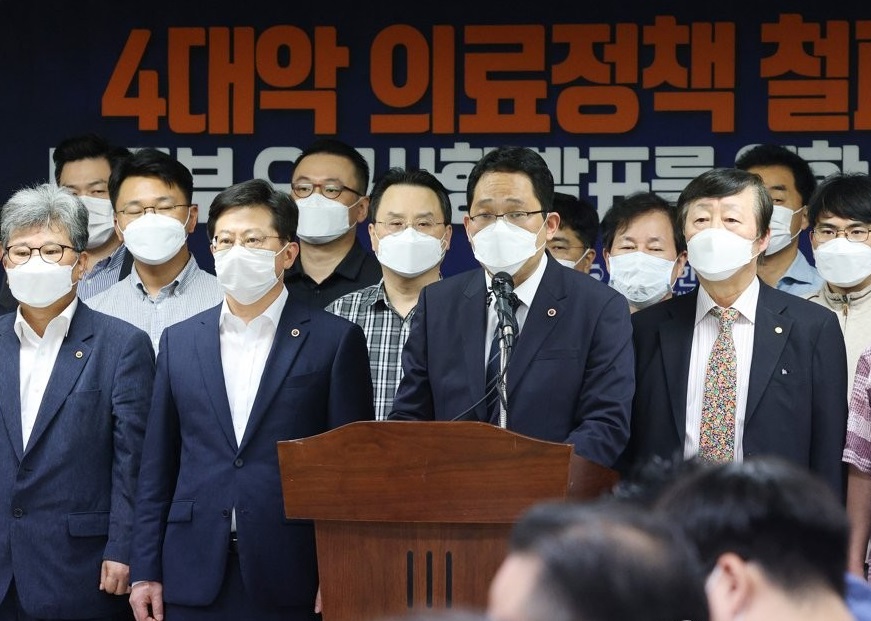 The Korean Medical Association(KMA) warns they will stage another strike late this month if their demands to the government go unanswered.

KMA chief Choi Dae-zip made the warning during a physician’s rally at Yeouido Park in Seoul on Friday, where the doctors assembled denounced what they called four evil medical policies, including plans to increase admission quotas for medical schools and establish a public medical school.

Choi accused the government of threatening the participants in the strike with possible criminal complaints and commencement orders. He warned if any single medical facility is suspended for taking part in the strike, the association will gather licenses of around 130-thousand members and burn them in front of the presidential office in protest.

The KMA chief also said if the government does not come up with “responsible answers” to their demands, they will stage a three-day strike from August 26 and then go on an indefinite strike.

According to the association, the three-day walkout will bring not only those who have been participating in the rallies so far but those “essential medical personnel” who skipped the rallies to respond to urgent medical needs.
Share
Print
List