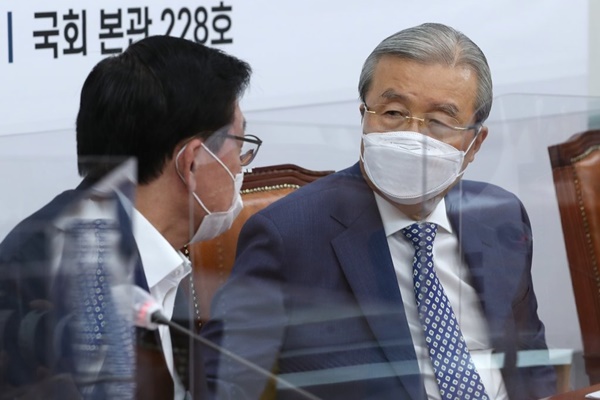 On Wednesday, the main opposition United Future Party finalized its new name in a meeting of its national committee, settling on a moniker that roughly translates to “People’s Power” or “Power of the People.”

The party said the vote was held in a virtual meeting of 578 committee members of the decision-making organ and the result finalized the name change.

Party spokesperson Bae June-young said that 90 percent of voters supported a new name, which will be in official use upon approval by the National Election Commission(NEC).

The NEC is expected to give the go-ahead as early as this week.

A revision to the party platform which scraps a ban on lawmakers serving four consecutive terms has also been endorsed during the meeting with 92 percent support.
Share
Print
List