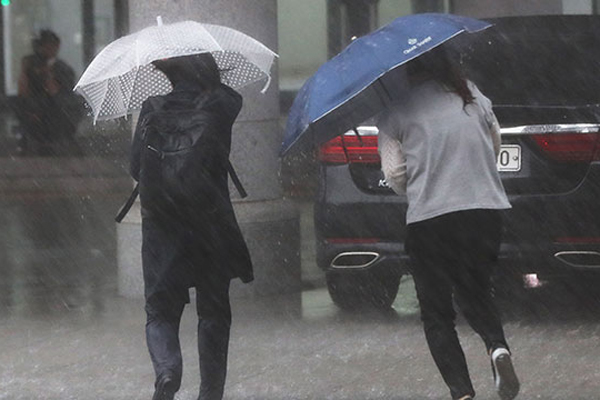 The Korea Meteorological Administration(KMA) said on Wednesday that it issued a heavy rain watch in Seoul as of 7 p.m. as growing parts of the country come under the influence of Typhoon Maysak.

As the typhoon moves north from the southeast, heavy rain advisories were already in place for eastern parts of Gangwon and Gyeongsang provinces and is being expanded to other regions, including the capital city.

Until Wednesday, 100 to 300 millimeters of precipitation is in store for regions close to the typhoon’s prospective route, including eastern parts of Gangwon and North Gyeongsang provinces, as well as Jeju, South Gyeongsang and South Jeolla provinces.
Share
Print
List