Typhoon Haishen Likely to Land near Pohang at 11 am 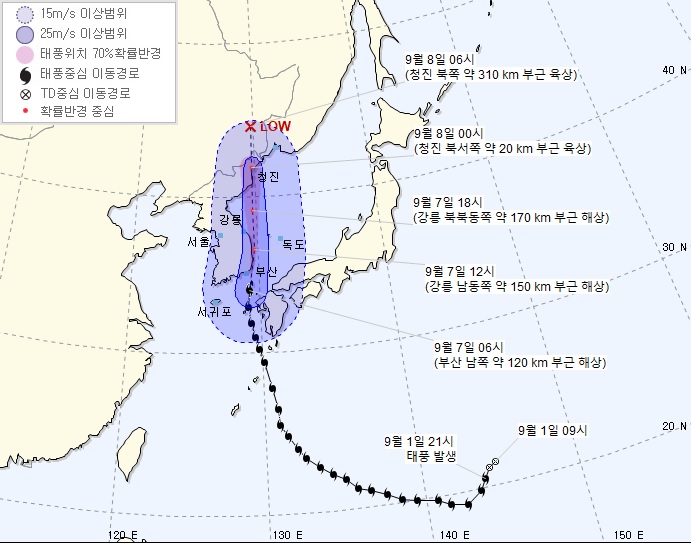 The Korea Meteorological Administration(KMA) said that as of 5 a.m. Monday, the season's tenth typhoon reached waters 160 kilometers south of Busan.

The typhoon is moving up more westward than previously expected.

The weather agency said in its revised forecast that Haishen is likely to be closest to Busan at around 9 a.m. and make landfall in Pohang at 11 a.m.

The typhoon is expected to bring more than 400 millimeters of rain through Tuesday to the eastern parts of Gangwon Province and eastern coastal areas in North Gyeongsang Province. Other regions are likely to receive up to 300 millimeters.

Strong winds of more than 50 meters per second are forecast for Ulleung Island and Dokdo islets in the East Sea.
Share
Print
List