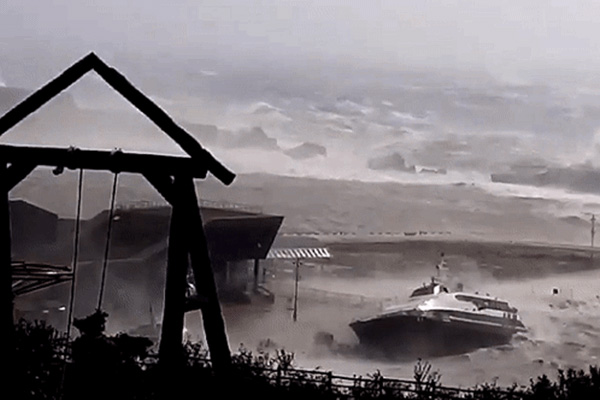 South Korea raised its typhoon warning to the highest level of "serious" on Sunday, as strong typhoon Haishen moved closer to the Korean Peninsula.

The Central Disaster and Safety Countermeasure Headquarters under the Interior Ministry upgraded the warning to the top level in the four-tier system at 7 p.m..

It also raised its emergency response system by a notch to the highest Level Three as the season's tenth typhoon was expected to directly affect the country with heavy rain and strong winds.

The authorities called for safety measures such as the evacuation of people in low-lying coastal areas and landslide-prone regions.

In addition, the Interior Ministry urged citizens to avoid outdoor activities and stay home during the typhoon.
Share
Print
List