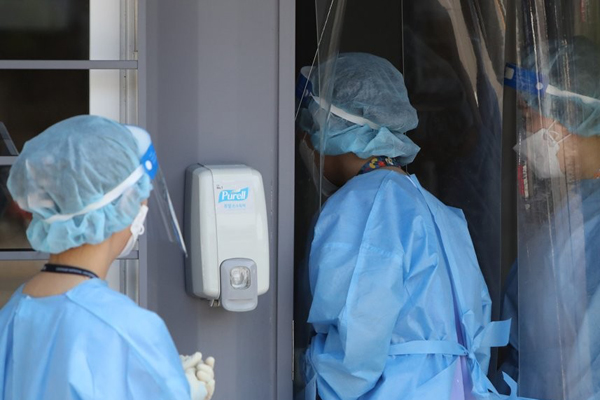 The number of South Korea's daily COVID-19 cases has remained below 200 for the sixth consecutive day.

The central disease control headquarters said on Tuesday that 136 new cases were detected throughout the previous day, bringing the total to 21-thousand-432.

The daily number, which had soared to over 440 late last month, declined slowly to below 300 and then 200.

Tuesday marked the sixth consecutive day the daily tally hovered below 200, although it slightly increased from the previous day's 119.

Of the latest cases, 120 were local transmissions and 16 were imported from overseas.

Out of the new domestic cases, 98 were from the greater Seoul area, including 67 from Seoul and 29 from Gyeonggi Province.