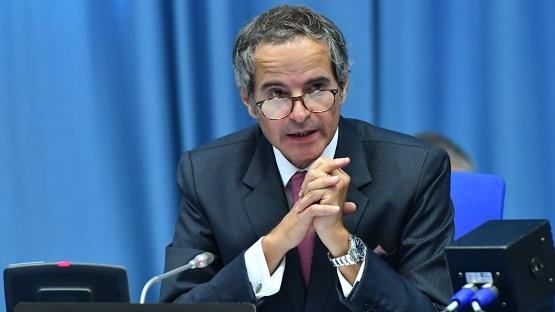 During a meeting of the IAEA Board of Governors on Monday in Austria, IAEA Director General Rafael Grossi said there have been indications of the production of enriched uranium at the North's Yongbyon nuclear facility over the past year.

Specifically there were signs consistent with the production of enriched uranium at the center’s enrichment centrifuge facility. Grossi added that the nuclear activities of North Korea continue to cause "serious concern."

Grossi then called on the North to comply fully with its obligations under Security Council resolutions and to cooperate promptly with the IAEA in the full and effective implementation of its Treaty on the Non-Proliferation of Nuclear Weapons Safeguards Agreement.
Share
Print
List