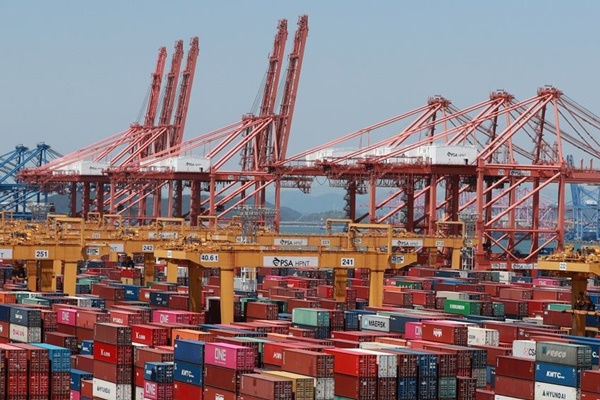 South Korea's export prices fell for the first time in four months in August due to the local currency's appreciation against the U.S. dollar.

According to data from the Bank of Korea(BOK) on Tuesday, the country's export price index, in terms of the local currency, dropped point-two percent in August from the previous month.

It marked the first drop after the index rose for three straight months since May.

From a year earlier, the index slipped six-point-eight percent, marking the 15th consecutive month with an on-year drop.

A BOK official said export prices declined last month as the won strengthened against the greenback and semiconductor prices fell.