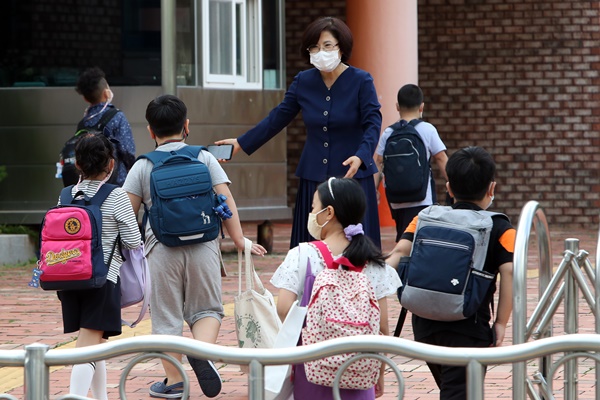 Schools in the Seoul metropolitan area that have been conducting virtual classes since August 26 amid heightened COVID-19 distancing will resume in-class learning next week.

According to the Education Ministry on Tuesday, it, along with education superintendents, decided the previous day to resume in-class learning at all schools from next Monday until October 11.

During that period, schools nationwide will have to maintain student density at less than one-third, except high schools which must keep two-thirds.

Third-year high school students, who continued in-person classes during the distance learning period to prepare for university admissions, will be able to alternate between in-class and distance learning starting next week.

Authorities plan to decide whether to extend the measures after taking into account the government's quarantine level following the Chuseok holiday that will end in early October.
Share
Print
List