Foreign Minister: Truth of New Zealand Sex Abuse Case Yet to be Revealed 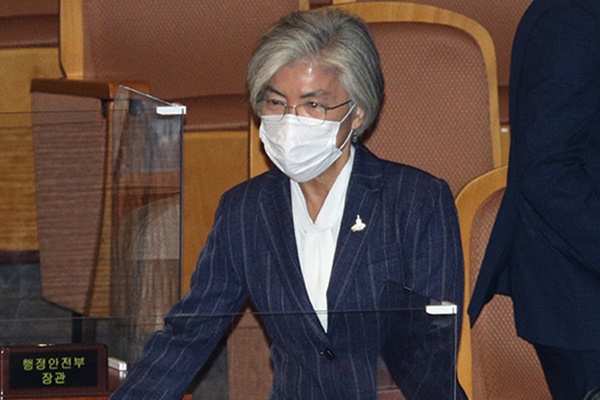 Foreign Minister Kang Kyung-wha said the truth has not been fully revealed in regard to allegations that a senior diplomat sexually abused a local embassy employee while he was serving in New Zealand.

Kang made the remark on Tuesday when asked to comment on the issue by a lawmaker of the main opposition party during the National Assembly’s inquiries on government officials.

Asked if she has any intention to offer an official apology on the matter, Kang said she does not.

Kang said she was notified of the results of a probe that the National Human Rights Commission conducted into the allegations and when looking at those results, she concluded that there was no need for her to apologize.
Share
Print
List