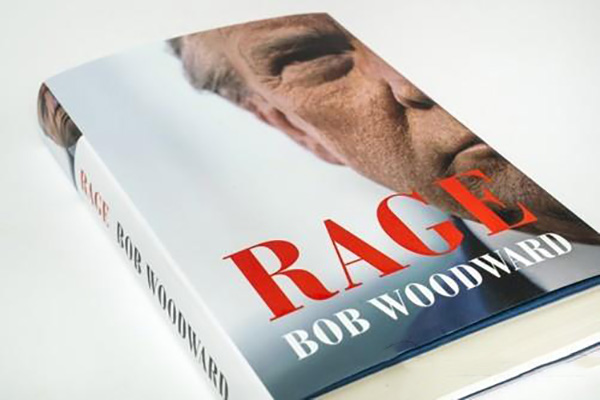 Seoul is seeking to refute media interpretations of Bob Woodward's soon-to-be released "Rage," in relation to its discussion of a wartime operation plan against North Korea.

A key presidential official on Tuesday accused news agencies of making errors in interpreting a phrase in the book, which defined OPLAN 5027 as "the U.S. response to an attack that could include the use of 80 nuclear weapons."

The official said that OPLAN 5027 does not call for the use of U.S. nuclear weapons at such a scale, claiming the phrase in question refers to the size of the North Korean nuclear attack the plan is predicated on.

Quoting various U.S. officials, including former Secretary of Defense James Mattis, Woodward stated that the U.S. reviewed the war plan after Pyongyang's test launch of its Hwasong-14 ICBM on July 4, 2017.

With the South Korean presidential office saying that the U.S. cannot launch a nuclear response to the North without Seoul's consent, Admiral Charles Richard, Commander of the U.S. Strategic Command, on Monday sought to keep it vague during the most recent Pentagon briefing.

[Sound bite: Admiral Charles Richard - Commander of the U.S. Strategic Command]
(Reporter: Does this plan include the use of nuclear weapons?)
"Well, one, obviously I can't go into any specifics of any operational plan but what I will say is -- is that we maintain a very close alliance and partnership with South Korea... "
"I'll tell you that whatever the situation is or whatever OPLAN needs to be considered, my forces will be ready to support what they'll be asked to do."

The STRATCOM chief stressed that the U.S.' extended nuclear deterrence and security assurance commitments to South Korea have been beneficial for both nations.
Share
Print
List