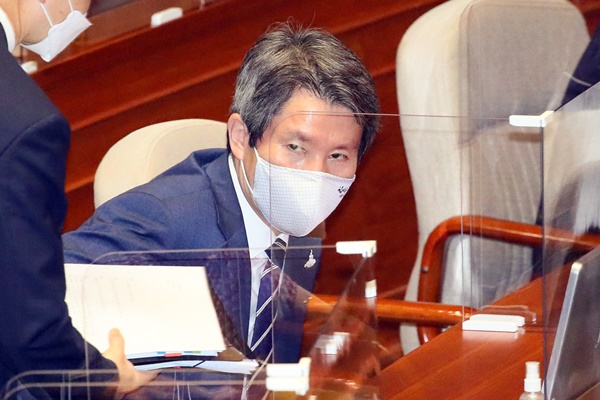 During an interpellation session at the National Assembly on Tuesday, PPP lawmaker Park Jin pressed Lee, asking whether he thinks the South being a hostage to the North’s nuclear weapons is true peace on the Korean Peninsula. The minister shot back and asked whether the lawmaker believes the South has been taken captive North Korea's nuclear weapons.

Park then accused Lee of being completely committed to helping North Korea while ignoring the South Korea-U.S. alliance and international cooperation on North Korea issues, pointing to allegations that the minister has not abandoned the anti-American views of his college years as a vocal activist in the 1980s.

While acknowledging his career as an activist, Lee denied he still holds such thoughts as a minister and criticized the opposition lawmaker for groundlessly labeling him as such.

The back and forth ensued with Park calling for a “balanced” policy on the North, not a submissive one, and Lee shooting back at him by ensuring the government at least is not pursuing the latter.
Share
Print
List