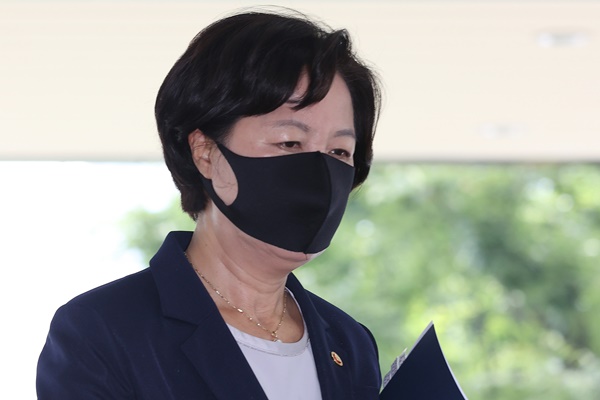 Representative Ahn Gyu-back of the ruling Democratic Party argued on Tuesday that none of the allegations raised so far regarding the military service of Choo's son have panned out. Rather, they have simply proven the health of the military.

Noting that the contempt between the rival parties will further exhaust the public amid the protracted COVID-19 outbreak, the DP lawmaker asked Defense Minister Jeong Kyeong-doo to actively cooperate in revealing the truth but also to sternly respond to reckless accusations.

Justice Minister Choo is facing allegations that she attempted to use her political influence to win favors for her son in the military and for her daughter when she applied for a visa to study in France.
Share
Print
List