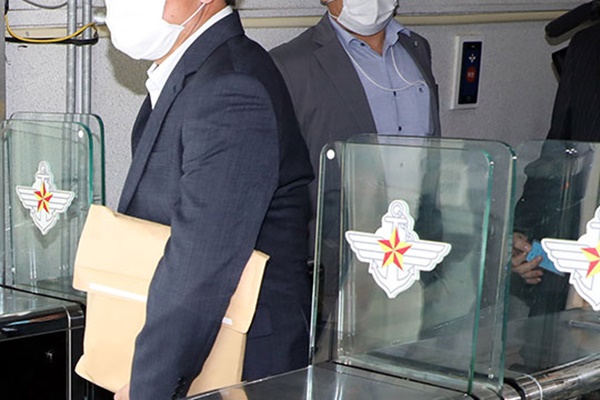 Prosecutors completed a search of the Defense Ministry on Tuesday in a raid over allegations that Justice Minister Choo Mi-ae used her influence to gain favors for her son during his military service.

The raid ended at around 8 p.m. Tuesday, lasting eight hours.

A related raid of the Army's information system management arm at the Gyeryongdae military headquarters in the central city of Gyeryong was also completed.

The justice minister is suspected of using her influence to get an extended leave for her son, surnamed Seo, after his knee surgery in 2017 when she was the chief of the ruling Democratic Party.

In Tuesday's raid, prosecutors reportedly secured phone records from the ministry's main computer server regarding a call on extending the leave for Seo.
Share
Print
List