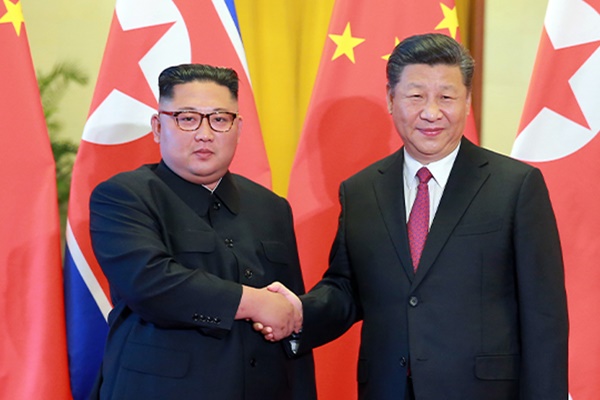 The North's official Korean Central News Agency(KCNA) reported on Wednesday that Kim sent a letter to Xi, who earlier sent a congratulatory message on the 72nd anniversary of the foundation of North Korea.

The KCNA said Kim pledged to make every effort in cooperation with President Xi to enhance and develop relations between the two nations in their joint struggle to defend socialism.

Kim reportedly said in the message that unwavering support from Xi and the Chinese government and people provides great encouragement to the North Korean people and government as they are busy preparing for the 75th anniversary of the foundation of the Workers' Party.