Minister Assesses N. Korea Has Will to Fulfill Inter-Korean Agreements 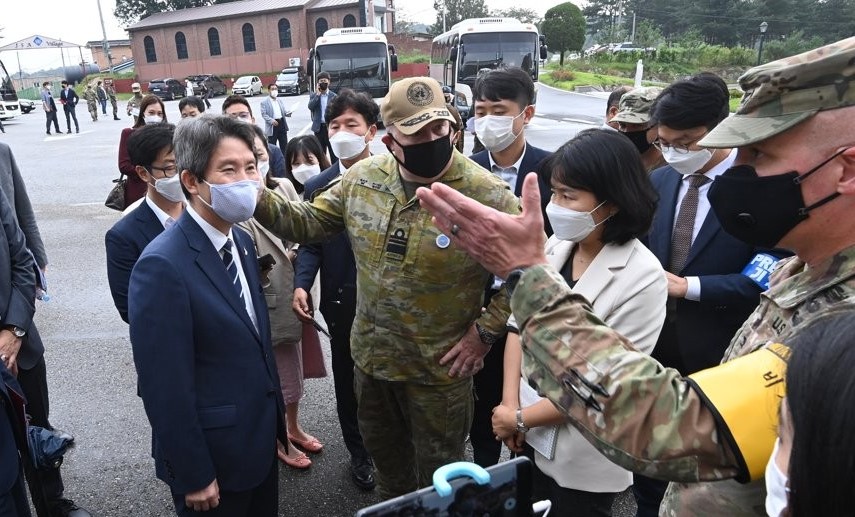 South Korea's minister in charge of inter-Korean affairs says North Korea, in its own way, has the will to fulfill what was agreed upon in the 2018 Pyongyang joint declaration between the leaders of the two Koreas.

Unification Minister Lee In-young made the comments on Wednesday during a visit to Panmunjeom. It was his first visit to the border truce village since his inauguration in July of this year.

In accordance with the cross-border agreements, which includes the reduction of military tensions, Lee said Seoul is in the process of resolving the anti-Pyongyang leaflet issue and has scaled down military drills with Washington.

While expressing regret over the North's demolition of the Gaeseong liaison office in June, Lee assessed that North Korean leader Kim Jong-un made efforts to prevent an additional heightening of tensions by ordering a halt to military action against the South.

The minister cited the North's removal of its propaganda loudspeakers and suspension of preparations for an anti-Seoul leaflet campaign as evidence of this as well.
Share
Print
List