Gov't Decides Not to Exempt Highway Tolls during Chuseok 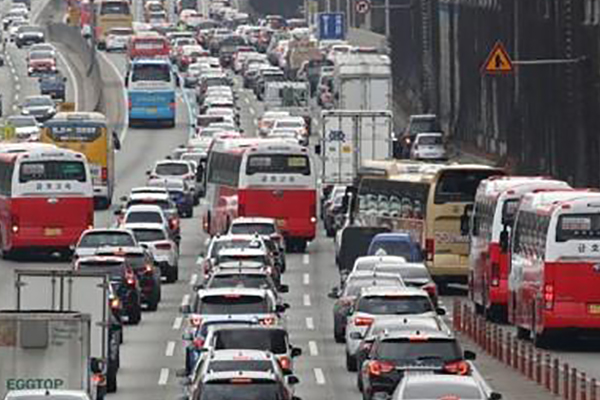 The South Korean government has decided not to exempt highway tolls during the upcoming Chuseok holiday in a bid to prevent further spread of COVID-19.

Vice Health Minister Kim Gang-lip said on Wednesday that the toll exemptions, which have been offered during major holidays since 2017, will not be in place between September 30 and October 2.

The vice minister said the decision is part of the government's efforts to minimize the threat of further spread by reducing the number of travelers as tens of millions of people normally visit their hometowns during Chuseok.

While urging the public to avoid traveling this year, the government has also designated the five-day holiday starting September 30 a special quarantine period.
Share
Print
List