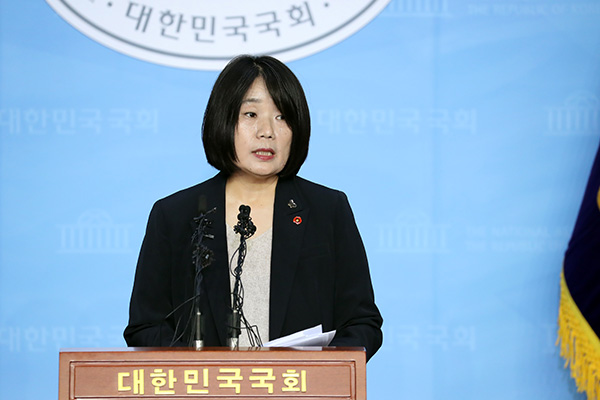 South Korea's ruling Democratic Party(DP) has suspended Rep. Youn Mee-hyang from her roles as a member of the party's central committee, a party delegate and a member of a party subcommittee.

This comes after prosecutors indicted Youn earlier this week on charges of fraud and embezzlement of funds meant for elderly victims of Japan's wartime sexual slavery.

Issuing an apology for Youn's indictment, DP chief spokesperson Choi In-ho on Wednesday urged the government to put forth measures to enhance the transparency of civic groups' use of state subsidies.

Meanwhile, the ruling party launched an in-house ethics body to be led by Rep. Choi Ki-sang that will look into allegations of misconduct or ethical lapses raised against its representatives, officials and elected public office holders affiliated with the party.

After investigating such allegations, the body will refer the cases to the party's disciplinary arm for final action.

Youn's case, however, will not be investigated since the prosecution has indicted the lawmaker.
Share
Print
List