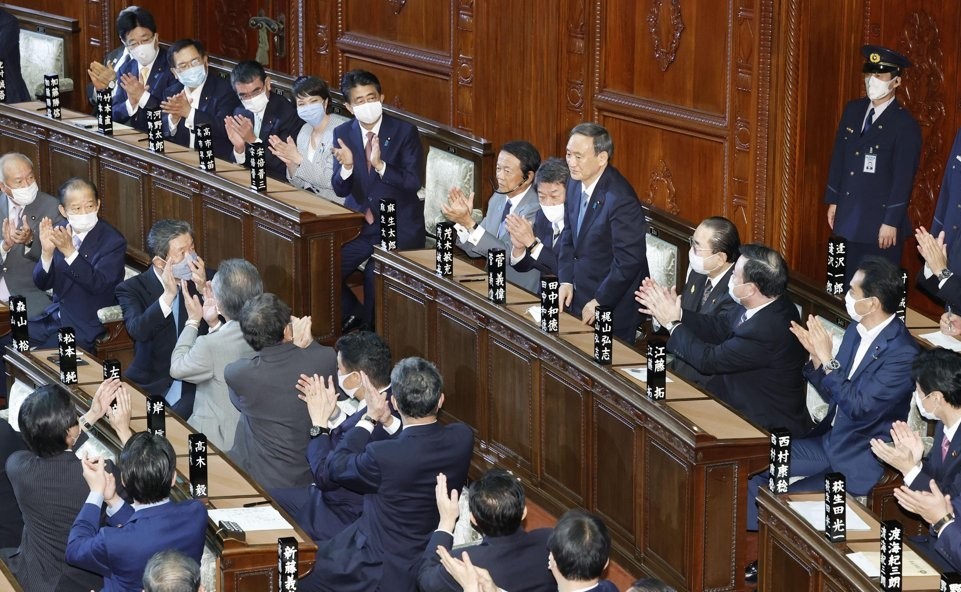 At a plenary session of Japan's House of Representatives on Wednesday, Suga, who was elected president of the ruling Liberal Democratic Party(LDP) earlier this week, won by a majority. He followed that by also winning a majority in the House of Councillors.

Suga is expected to meet with Natsuo Yamaguchi, head of the Komeito party, a partner in the current coalition government, before announcing his new Cabinet through his chief cabinet secretary.

According to local media, eleven out of the 20 Cabinet positions under Suga will be filled by members of the Abe administration.

Eight key members are likely to keep their current posts, including Deputy Prime Minister and Finance Minister Taro Aso, who has worked in the Abe administration with Suga for nearly eight years.

Other key posts that are set to see no changes are foreign affairs, culture, industry, transportation, environment, economy and Olympics and Paralympics.

However, there will be some changes, namely Health Minister Katsunobu Kato, who will be the next chief cabinet secretary, and Defense Minister Taro Kono, who will be the minister in charge of administrative reform.
Share
Print
List