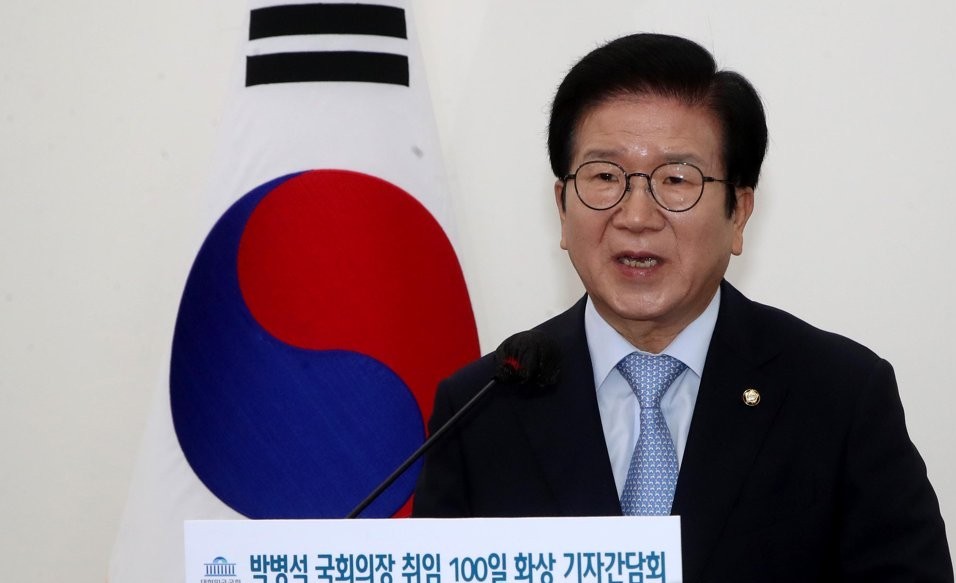 National Assembly Speaker Park Byeong-seug has proposed holding sincere discussions over the possibility of holding the 2022 presidential election and local election at the same time.

Park made the proposal on Wednesday in a news conference marking his 100th day in office.

He said a significant amount of national resources are expected to be spent as the two elections are set to be held in the first half of 2022, with one scheduled to open three months after the other. Park expressed hope that this issue will be discussed and settled next year.

Also on Wednesday, Park stressed the need to revise the Constitution, saying the last amendment was made 33 years ago. He said the current Constitution is not in tune with the times.