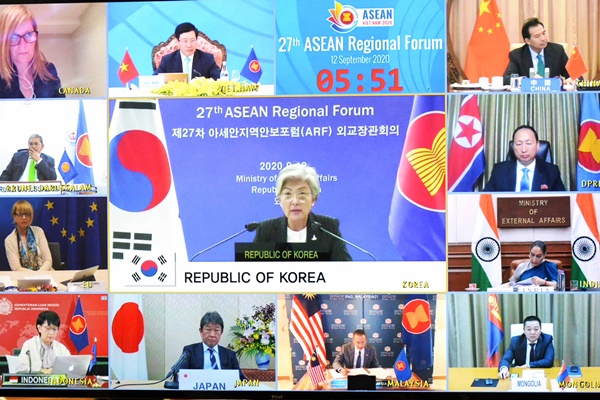 Foreign ministers who attended the latest annual gatherings involving the Association of Southeast Asian Nations(ASEAN) and regional partners including South Korea have called for the resumption of talks between the two Koreas.

According to Seoul’s Foreign Ministry on Wednesday, chairman’s statements, which outline the results of four ASEAN-related foreign ministers’ meetings last week, jointly welcomed the progress and outcomes of the peace process on the Korean Peninsula and reaffirmed the importance of sustainable dialogue.

They also explicitly mentioned a goal of complete denuclearization and lasting peace of the peninsula and noted the need for the swift resumption of talks aimed at implementing agreements reached between the leaders of the two Koreas.

The South Korean ministry welcomed the statements, stressing all of the four documents included assessments of the South Korean government’s efforts to advance inter-Korean relations.

The four ministers’ meetings include the East Asia Summit, ASEAN Regional Forum(ARF), South Korea-ASEAN, ASEAN Plus Three, and were held via videoconferencing between Wednesday and Saturday of last week.
Share
Print
List