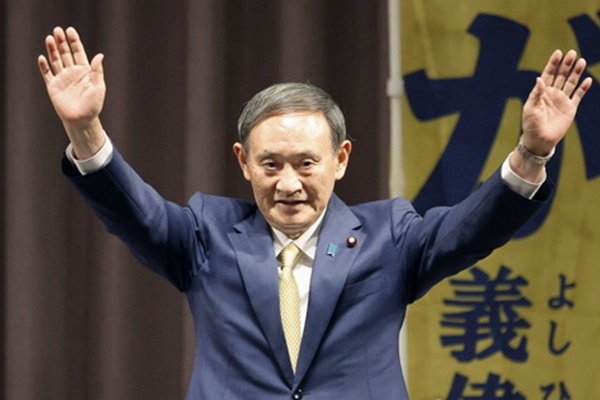 According to Presidential Spokesperson Kang Min-seok, in a letter delivered on Tuesday afternoon, Moon expressed hope the two sides will work together to further develop Seoul-Tokyo relations.

Calling Japan a country that not only shares basic values and strategic interests with South Korea but is its closest friend geographically and culturally, the president said Seoul is ready to sit down face-to-face anytime and communicate and expects Japan’s active response.

The spokesperson said that the South Korean government will actively cooperate with Prime Minister Suga and his cabinet and wisely overcome the issues from their shared past. He also relayed South Korea’s hope to strengthen practical bilateral cooperation in every area including the economy, culture and personnel exchange in a forward-looking and reciprocal manner.

Earlier in the day, Suga, who had long been Japan’s Chief Cabinet Secretary, received formal appointment by the Diet as the country's 99th prime minister and formed a 21-member Cabinet, 16 of whom, including himself, are close aides to former Japanese prime minister Shinzo Abe.
Share
Print
List