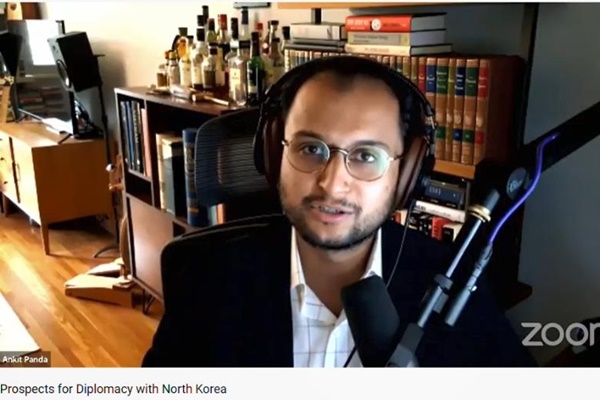 A nuclear arms expert in the United States projected that Pyongyang will likely showcase something big at its upcoming ceremony to mark the 75th anniversary of the founding of the ruling Workers' Party.

At a virtual forum hosted by the nonprofit Korea Society on Wednesday, Ankit Panda, Stanton Senior Fellow at the Carnegie Endowment for International Peace, cited how the North holds grand events for anniversaries every five years.

In events marking the 65th and 70th anniversaries of the ruling party foundation, Pyongyang showcased strategic weapons, such as the Hwasong-10 and KN-14 intercontinental ballistic missiles(ICBM), respectively.

Panda forecast that the North may display a solid-fuel-powered, medium-range ballistic missile like the Pukguksong-2.

Referring to analytic website 38 North's satellite images that showed a facility at the event site that can store large missile launchers, the researcher said the North could use the event to flaunt its weapons capacity not only in terms of quality, but also quantity.
Share
Print
List