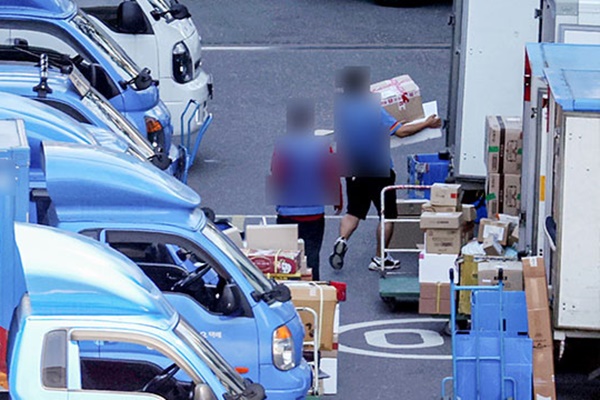 Parcel delivery workers have withdrawn their planned labor action, accepting a compromise measure that the government and employers offered.

The parcel service workers' union on Friday announced that it will accept the planned injection of ten-thousand temporary workers during the peak Chuseok holiday season that runs until mid-October.

Unionized workers said the government's plan isn't enough to effectively prevent deaths from overwork that occur in the industry, but it welcomes the government's intention to improve the situation.

The labor union of delivery workers on Thursday threatened to suspend parcel classification work, the long process of sorting boxes by category and destination, ahead of a massive increase in gift deliveries before the Chuseok holiday.

Under the compromise, delivery workers will begin work at 9:00 a.m. starting on Wednesday, which is about two hours later.
Share
Print
List