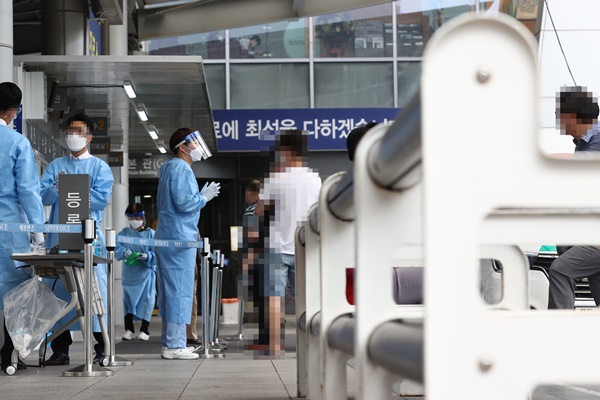 The daily number of new coronavirus cases in South Korea fell below 100 for the first time in 38 days on Sunday.

The Korea Disease Control and Prevention Agency (KDCA) said on Sunday that 82 new COVID-19 cases were reported throughout Saturday, raising the total to 22-thousand-975.

The number of daily infections fell below 100 for the first time since August 13 when it marked 56. It had been in triple digits for 37 days since August 14 when a resurgence of the outbreak gripped the greater capital area.

Of the latest new cases, 72 were local infections while ten others were imported.

The daily number of local infections fell below 100 for the first time in five days. Of the local cases, 55 came from the capital region, including 28 in Seoul and 24 in Gyeonggi Province. Incheon added three patients.