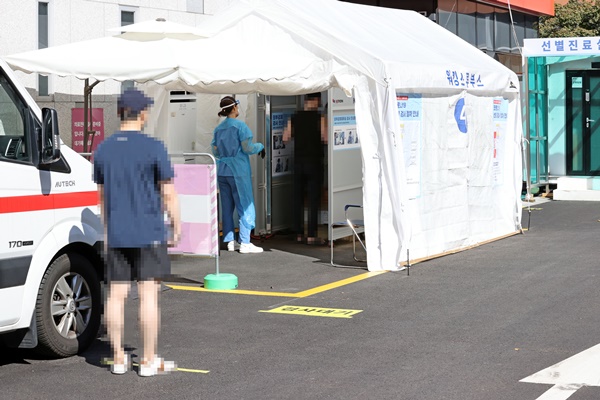 Anchor: The daily COVID-19 increase in South Korea dropped to 70, the lowest since the second wave of the epidemic centered in the capital region began in mid-August. Authorities, however, urged the public to maintain strict quarantine as the rate of unknown infection routes surged close to 30 percent ahead of the Chuseok holiday.
Choi You Sun reports.

The daily increase remained in double digits for the second straight day, after it fell below 100 the previous day for the first time since August 13.

Out of 55 local infections, 40 were in the Seoul metropolitan area, which is the first time the daily increase in the region dropped under 50 since the second wave began in mid-August.

Clusters continue to expand in the metro area, with 26 linked to a real estate firm in Seoul's Gangnam district testing positive as of noon Sunday, and 24 in connection to a nursing facility in Goyang, Gyeonggi Province.

While the increase in clusters more than halved in the past two weeks compared to the previous two-week period, authorities are concerned about the rate of unknown infection routes surging by seven percentage points to surpass 27 percent.

Authorities warned that the success of quarantine during the five-day Chuseok holiday starting September 30 will determine the direction of the epidemic during the fall and winter seasons.